With only around 6,600 Wild Dogs left in Africa, this incredible animal is one of the continent’s most at-risk carnivores, and is listed by the IUCN as Endangered. Urgent action is required to save them, and a key conservation strategy is the reintroduction of packs into viable habitats where they once occurred. The Endangered Wildlife Trust (EWT), champion of conservation in Africa, and Gorongosa National Park are thrilled to announce one of the most exciting Wild Dog reintroductions yet, as part of their efforts to save this highly threatened species. Wild Dogs will soon roam free in Gorongosa for the first time in decades. This historic transboundary event will take place on 16 April 2018.

In a move to reverse the trends of Wild Dog populations in southern Africa, a partnership has been established between the EWT and Gorongosa National Park in order to secure the reintroduction of the park’s first pack of Wild Dogs. This is a landmark occasion, as Wild Dogs have never been reintroduced to any park, protected area, game reserve or other space in Mozambique.

Wild Dogs have disappeared from much of their former range in Mozambique, and Gorongosa lost all of their Wild Dogs as a result of the 1977–1992 civil war. However, Gorongosa is today Mozambique’s flagship natural area and lies at the heart of the work being undertaken by the Government of Mozambique and the Carr Foundation to bring back to life a vast and diverse natural ecosystem over a 25-year period.  Wildlife is now thriving in the park, with numbers of species and animals having made a strong comeback. With the abundance of herbivores, the natural next step is the return of large carnivores.

Wild Dogs from South Africa’s EWT-managed metapopulation will form the founder pack for this recovery project. The metapopulation, comprising the various individual populations of Wild Dogs within a selection of managed national parks and reserves, currently numbers 250 individuals in 28 packs. This population has increased over the last 20 years and has ensured the increase in Wild Dog range in South Africa by 25% and numbers by 100%, thus allowing the translocation of a founder pack into neighbouring Mozambique.

Male Wild Dogs from uMkhuze Game Reserve in KwaZulu-Natal (KZN) that naturally dispersed from their pack in late 2016, and free-roaming female Wild Dogs from the region are earmarked for this reintroduction. The EWT, along with local partners Ezemvelo KZN Wildlife (EKZNW), the KZN state veterinary department, WildlifeACT, Maremani Game Reserve, LEDET, and the Bateleurs, have caught the two unrelated groups of Wild Dogs and brought them together to bond in a boma at Phongola Nature Reserve in KZN in South Africa. Once the Wild Dogs have been sedated prior to departure, the pack will be fitted with GPS collars and VHF collars to allow for close monitoring once released. All individuals will also be vaccinated against canine distemper and rabies before leaving for Mozambique, as infectious diseases are a big threat to Wild Dogs. This new pack will be flown from the Phongola boma to Gorongosa by the Bateleurs, to ensure a quick and stress-free journey. The EWT and Bateleurs have previously transported 29 Wild Dogs with 100% success and safety rate.

The bonded pack will be held in the newly constructed boma in Gorongosa for six to eight weeks before being released. This is to allow the males and females to become accustomed to one another and become habituated to the area, all the while being monitored by the Gorongosa project’s carnivore conservation team. The EWT will work closely with the Gorongosa team to train a new generation of Mozambican vets and ecologists in Wild Dog recovery and management.

Gorongosa National Park has been described as one of the most diverse parks on Earth, covering a vast expanse of 400,000 hectares. In recent years, the Gorongosa Project, with the support of Mozambique’s National Administration of Conservation Areas (ANAC), has ensured the protection of a recovering population of Lions in this system, successfully reduced key threats, and seen the park become recognised as one of National Geographic’s ‘Last Wild Places.’ It is fitting that, by returning Wild Dogs to Gorongosa, one of the most threatened mammals in southern Africa is about to take a bold step towards restoring their native range in the region.

This work is made possible by EWT funders, Richard Bosman and Land Rover Centurion, and Gorongosa Project funders, Gorongosa National Park, the Oak Foundation, and ZooBoise. 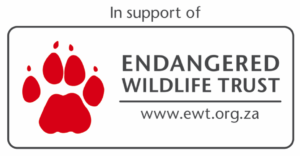 About the Gorongosa Project
Gorongosa National Park (GNP) in Mozambique is one of Africa’s greatest wildlife restoration stories. In 2008, a 20-year Public-Private Partnership was established for the joint management of GNP between the Government of Mozambique and the Carr Foundation (Gorongosa Project), a US non-profit organization. In 2016, the Government of Mozambique approved the extension for another 25 years of joint management.

By adopting a 21st Century conservation model of balancing the needs of wildlife and people, we are protecting and saving this beautiful wilderness, returning it to its rightful place as one of Africa’s greatest parks.